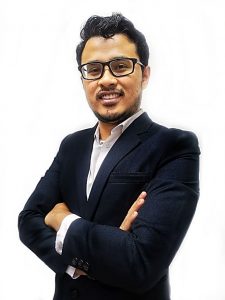 Encik Wan Mohd Ameerul Nazhif Bin Wan Zulfikri graduated with a Bachelor of Laws, LL.B (Hons) from Universiti Utara Malaysia (UUM) in 2017. After completed his tertiary education, he chose to further his journey in the legal field and commenced his pupillage in Messrs. Edham & Partners in Johor which he was highly exposed with vast experiences in both conveyancing and litigation matters.

En. Ameerul joined CHIONG & PARTNERS in August 2018 as a paralegal after the end of his pupillage period.

He was later admitted as an Advocate and Solicitor of the High Court of Malaya on 25 September 2018 and chose to begin his practice under CHIONG & PARTNERS.

Since joining our firm, he has been mostly involved in conveyancing matters and drafting of various kinds of contracts.

Ameerul has various experience and skills mainly in real properties and commercial transactions involving individuals, private companies as well as SMEs.  His advices in respect of real properties involves advising parties in various types of land transactions including but not limited to lease, disposal and acquisition of landed and strata properties in Malaysia especially Johor Bahru in respect of various regulatory compliances and state guidelines from straight acquisition to various types of land applications.

Ameerul is currently attached to the Conveyancing Department at our Johor Office.