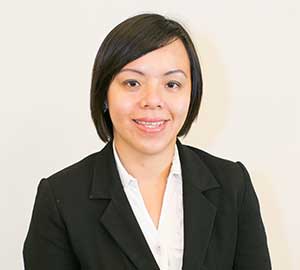 After completed her pupilage with Messrs Soo Thien Ming & Nashrah, she was admitted to the Malaysian Bar in May 2008. Ms. Lee started her practice as a Legal Assistant with Messrs JM Chong, Vincent Chee & Co. before she joined Messrs Lim Chok Hiann & Puspita in June 2013. Ms. Lee was promoted to become a Partner in Messrs Lim Chok Hiann & Puspita in March 2014.

Ms. Lee joined CHIONG & PARTNERS as a Senior Associate to lead its Selangor Office in August 2015. Her area of practices including but not limited to corporate and conveyancing, banking and financing, both Conventional and Islamic banking for the famous local banks and foreign banks such as Maybank, CIMB Bank Berhad, Public Bank Berhad, Hong Leong Bank Berhad and OCBC Bank (Malaysia) Berhad, to name a few.

Ms. Lee used to be a translator to translate agreements or contracts from English to Chinese and vice versa. She also has experiences in Bahasa Melayu translation.