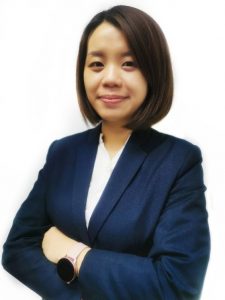 Jane started her pupillage at our firm under the chamber of Dato’ Lawrence Chiong, the Managing Partner of the firm. During her pupillage, she was highly exposed to a wide range of law, which includes general litigation, family matters, drafting corporate agreements and conveyancing.

Jane was later admitted as an Advocate and Solicitor of the High Court of Malaya in January 2020 and continued her career as Legal Associate at our firm in the same year.

Jane is one of the legal advisors of DLC Team where she has conducted several legal clinics with different topic area of law, such as Family Matter (Divorce, Last Will & Estate Planning), Conveyancing (Transfer of Property) etc. in order to provide free legal advice to those who are unable to afford legal services.

Jane strongly believes that success will come to those who are willing to work hard and never give up.